In terms of conversion rates, of the total 336 prospects who received messages, 12% became leads.

Our LinkedIn outreach and messaging campaigns generated a total of 43 leads.

more than 10% made it to the in-depth interview stage. 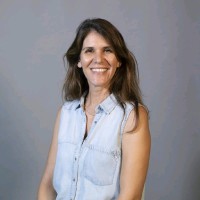 “I had an enjoyable and pleasant experience throughout the campaign, both on a professional and a personal level. I am extremely happy that we opted for the LinkedIn Outreach solution. I have been in my current position for about a year, and I constantly try to implement new techniques and directions. I am excited about the collaboration with Daze, and I am grateful to them for their professionalism, availability, their total involvement in the project and our stimulating discussions “.

Bank Leumi, Israel’s leading bank, is in dire need of Investment Advisors. In fact, this has been an ongoing recruitment challenge for quite some time. According to Lital Sagiv, Bank Leumi’s HR Manager, the recruitment of investment advisors has been a constant topic of discussion in the past year. At the end of 2021, when about 20 investment advisor positions opened up, this growing need became even more pressing. Existing recruitment processes – placement companies, headhunters, and personalized LinkedIn messages to prospects – failed to offer solutions to the problem in hand. Bank Leumi’s HR team realized they had to find a recruitment strategy that would reach as many potential candidates as possible, within the shortest feasible time frame.

The recruitment project described here is the result of the close collaboration between Daze and Bank Leumi, specifically Lital Sagiv and Merav Bergman, the bank’s Recruitment Coordinator. A successful brainstorming session between the two teams allowed them to crack the profile of the most suitable candidate for the job, and to craft a strategic message which would reflect the added value of the position in Bank Leumi.

Before the campaign was up and running, Daze had to ensure it worked seamlessly. From the moment the project was approved, it took about four weeks for the system to be ready, which, according to Sagiv, is quite fast.

Daze’s extensive data analysis led to the segmentation of a suitable target audience set to receive LinkedIn messages. A total of 336 messages were sent from Merav Bergman’s LinkedIn Sales Navigator profile, giving the process a more personal touch. 103 recipients approved the bank’s connection request, whereas 125 recipients responded to the message.

Once a recipient expressed interest in the position in question, the bank’s HR recruiters conducted an in-depth review of their profile to determine their suitability for the job (a process which the targeting system is unable to carry out). Moreover, once initial contact had been made, the HR recruiters had to make themselves available to the candidates, answering any questions that came up in a timely manner.

Candidates who successfully passed the phone interview were invited to an in-depth interview in the bank’s Investments Division, after which they were either given a salary offer or were deemed unsuitable for the position. In some cases, further deliberations were required.

Daze first introduced LinkedIn’s potential as a powerful recruitment tool in a workshop it organized for Bank Leumi’s employees. Outreach to suitable candidates on LinkedIn is an effective way of targeting high-quality prospects and of forming an initial connection with them, which could eventually lead to their hiring. This focused, accurate, yet fast-paced approach is exactly what Bank Leumi lacked in its existing recruitment processes, and precisely what Daze’s professional expertise had to offer.

Granted, there were some doubts. Whereas placement companies and headhunters are compensated for their work only after a suitable candidate is recruited for a specific job, opting for the LinkedIn Outreach strategy means payment is made at the outset of the project, when there are no guarantees regarding the successful culmination of the process. Still, the bank’s genuine desire to learn more about the potential of LinkedIn Outreach as an advanced recruitment solution led them to place their trust in Daze’s highly experienced team.

Daze’s LinkedIn outreach and messaging campaign for Bank Leumi generated a total of 43 leads (i.e., candidates who participated in a phone interview). Of these 43 leads, 5 were invited to an in-depth interview, 2 were given a salary offer, and 3 are waiting to receive offers. In terms of conversion rates, of the total 336 prospects who received messages, 12% became leads, and of these leads more than 10% made it to the in-depth interview stage.

Thanks to the targeting system used by Daze, the bank now has a database of prospective candidates who may be suitable for future positions. This is an added value of the LinkedIn Outreach campaign, which is not the case when placement companies and headhunters are employed. At the same time, prospects are now aware that Bank Leumi is looking for investment advisors, and they may approach the bank at a later date, when relevant for them.

We love marketing challenges. Drop us a line,
and an expert will contact you shortly.